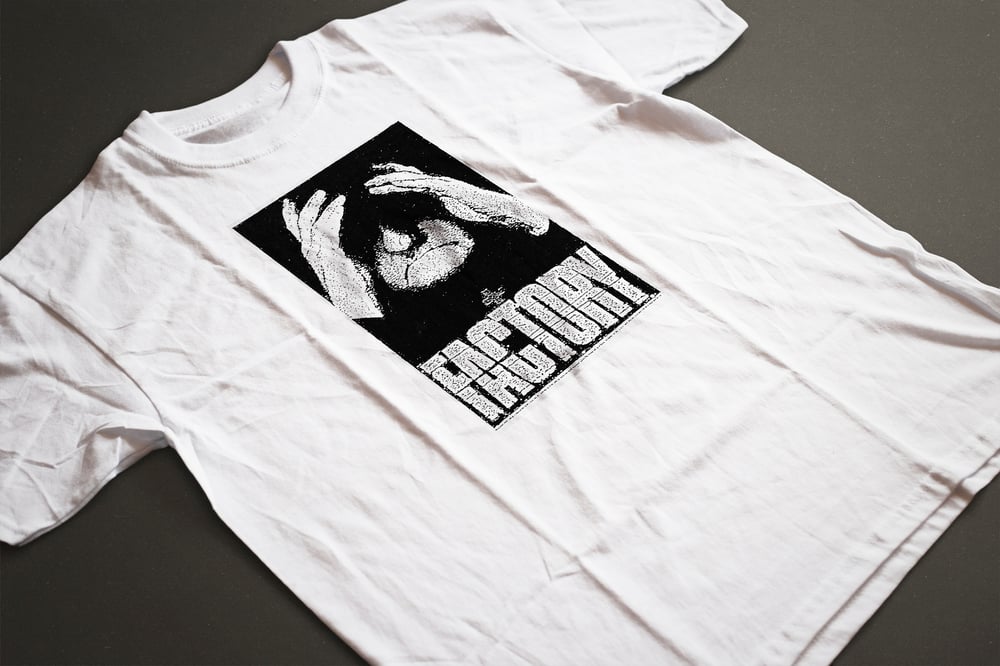 Official tee graphic of the band, Factory. Based in Los Angeles, Factory were together for less than 3 years, from 1985 to 1987. They were considered an industrial noise band, and were known for playing in unique locations — including an abandoned loading dock where the LA Times building now exists. They often hauled a truckload of metal objects to shows — in addition to their traditional guitar (Wrex Mock), drum kit (Dave Williams) and bass (Andy Jenkins). It was not rare to see the Factory members fall into extended improve jams, and end performances pounding out improvised rhythms and noise from a discarded pile of air ducts, car bumpers and pipes, often joined by audience members. They were tossed from the infamous LA punk venue, the Anti Club, mid-performance for lighting the stage on fire with errant sparks from a buzz saw. Later that year, a gig on the rooftop of a 5-story abandoned downtown warehouse, was raided by the L.A.P.D.